Today I will continue with yesterday's theme of highlighting 2 recent trade packages.  Speaking of 2s, it was reported earlier this morning that the Cardinals game for today is cancelled due to 2 players testing positive for the virus.  I hope this does not turn into a Marlins like situation.  It was so nice seeing baseball games even if the Cardinals were on the losing end.

The first pwe was courtesy of TCDB member jfcard. 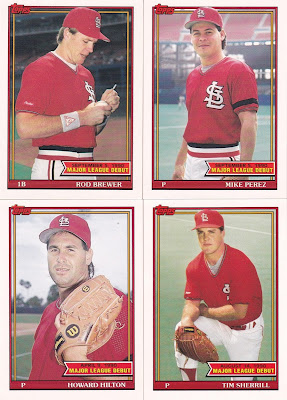 He finished my 1991 Topps Debut '90 set by sending the last 8 Cardinals.  Not too many household names in this foursome, although Perez did have a few decent years as a reliever. 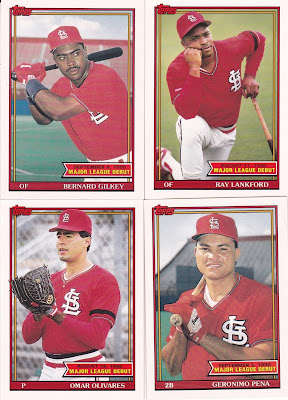 This group features 4 guys who made a bigger impact, although with vary degrees.  Mr. Lankford of course was the best of the bunch.

The next package was from The Bench member Billy J.  He also sent a pwe with some Cardinals set hits. 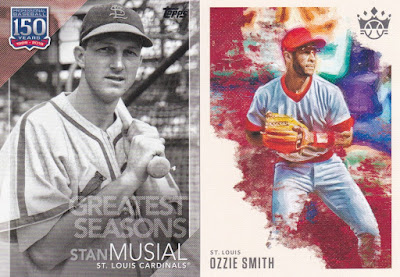 Billy finished my 2020 Diamond King team set by sending the Ozzie card.  I have over 600 different Ozzie cards now.  If Topps keeps putting him in every base set, I should reach 1000 before my collecting days are over.  I am just shy of 300 Musial cards.  One of these days I will have to get one from his playing days. 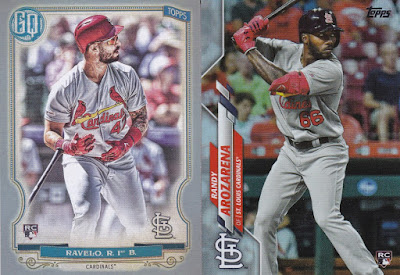 Both of these guys had good years in Triple A last year, but there was room for only 1 on this year's roster.  Ravelo had an outside chance to make the team this spring, but once the DH rule came into affect he was almost guaranteed a spot.  Arozarena was traded to Tampa Bay along with Jose Martinez to reduce the Cardinals crowded outfield. 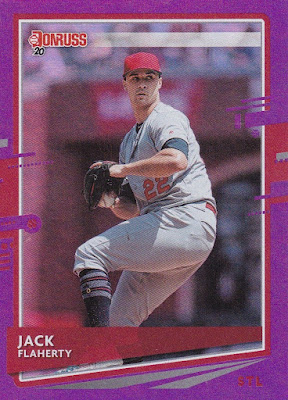 Flaherty was scheduled to pitch this afternoon.  I hope he still gets a chance sometime this weekend.  He had a good, but not great first start against the Pirates getting the win.
Posted by CardinalsFan16 at 10:41 AM