Coming Back With A Vengeance

We all take breaks from our cards from time to time.  Burnout is bound to happen no matter how much you love collecting.  I have never quit cold turkey myself, but did slow down quite a bit during my college days.  That had more to do with lack of time and funds.  I have noticed other traders who go all out for a while, then seem to disappear.  I completed a trade recently with one such collector.

Stu G is a member of The Bench and Trading Bases.  I have traded with him a handful of times before.  He likes to work large trades and does a majority of the work finding cards each trader needs.  I cannot recall the last time I traded with him or saw a post of his until a couple of weeks ago when he sent an email with a very outdated list of cards I needed.  After a some revision, we struck a deal for a big chunk of Cardinals. 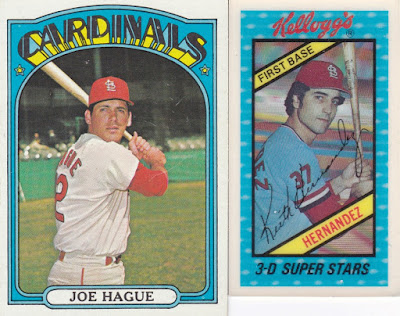 Both these vintage cards are in great shape.  The 1972 Topps Hague is almost gem mint.  The 1980 Hernandez has a slight curl to it, but no cracking. 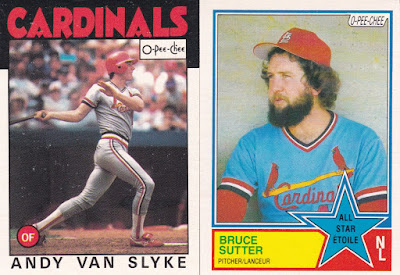 O-PEE-CHEE cards seem to get overlooked on my wantlist.  I have a few sets close to being done like 1986 where I need just 1 more.  I really need to strike up a trade with some Canadian collectors on TCDB to finish of some of these. 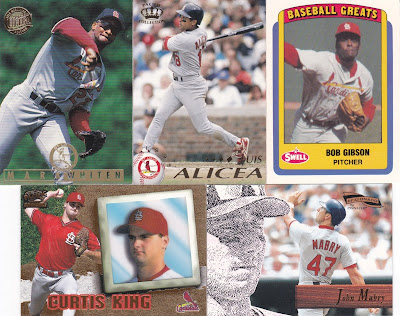 Moving on to the 1990s are some various base cards and a 1995 Ultra Gold Medallion.  I was able to complete the 1996 Pinnacle Aficionado set with the Mabry card. 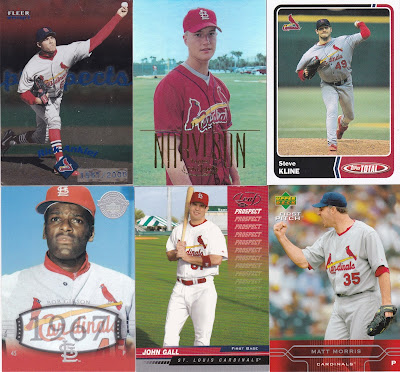 I have a ton of set from the early 2000s that need short print rookie/prospect cards to finish them.  I did finish the 2000 Mystique set with the Ankiel addition.  The Narveson and Gall cards are also sp cards.  The 2003 Total Kline is my favorite of this bunch.  Only 2 more Cardinals needed to finish the 32 card team set. 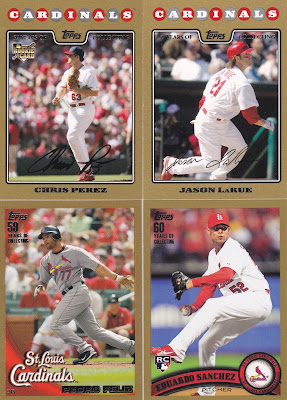 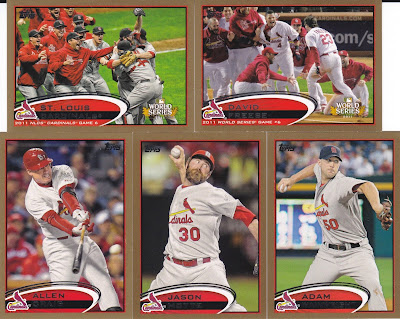 2012 was not much better, but I love the postseason highlight cards. 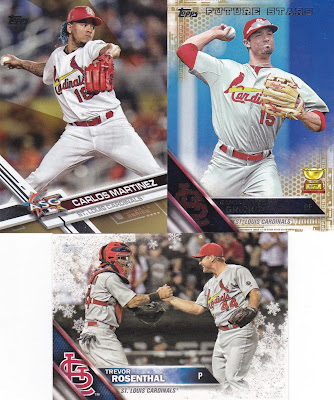 Topps went more gold in 2016 and 2017, but I missed the borders.  It was a lot easier to spot the cards in packs.  At least the snowflake parallels have a feel to them that you cannot mistake. 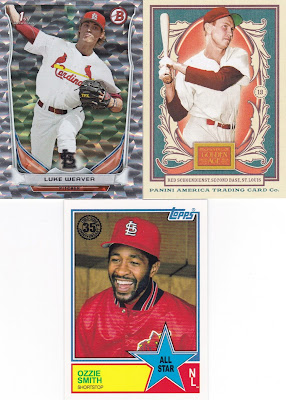 The Bowman Ice parallels are a favorite of mine.  So are cards of retired greats like Red and Ozzie. 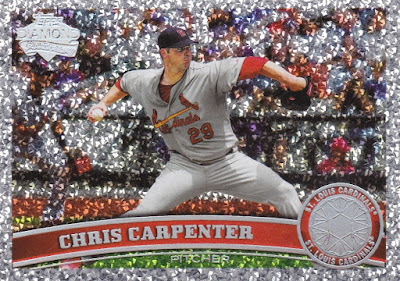 2011 Diamond Anniversary cards are simply beautiful.  I wish Topps would bring back this parallel. 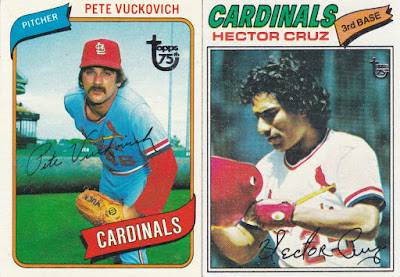 Buybacks are something I can do without.  Why take a perfectly good vintage card and slap a stamp on it?  The 1980 Pete V. is in better shape than the regular card I have. 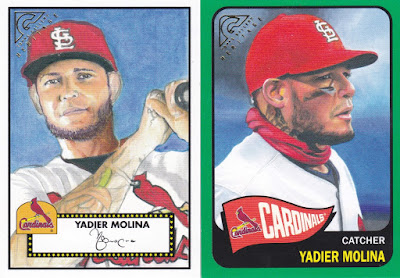