Hope everyone had a wonderful Thanksgiving.  I stuffed myself at noon and again at 6.  Good thing we planned a Black Friday shopping trip to walk a few of those extra pounds off.  I did most of my shopping online early Thursday morning.  The only baseball related items were a few posters from Topps.com that I hope to get autographed in January at the Cardinals Winter Warm Up.  Friday we hit up Menards which was a total zoo.  It opened at 6 in the morning, but was still packed at 10 when we arrived.  Parking was non existent and the check out lines were long, but we managed to be in and out in about an hour.  That left plenty of time to hit up the local card shop.  After I dropped the wife and daughter off at Bed & Body, my son and I headed to the card shop

This card shop posted a few of their card deals on Facebook the day before, so I had a good idea of what I planned on getting.  The best deal for my budget was buy 2 packs of 2018 Topps Update and get a third one free.  Sure the packs were a little overpriced at $3.50, put with the free one the 9 packs were got were about the same price as a blaster.  I will spare you the base and just show the inserts. 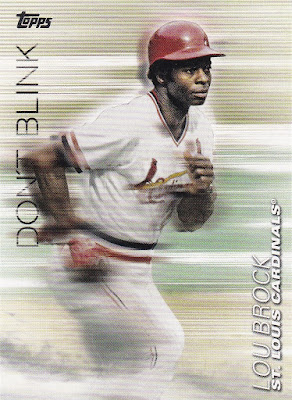 The only Cardinal I needed from the break was this Lou Brock.  It almost looks like a Donruss card with the missing logo on the helmet. 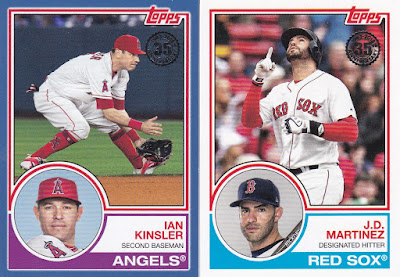 The 1983 inserts were nice with a blue Kinsler and World Series champ Martinez.  Both are available for trade. 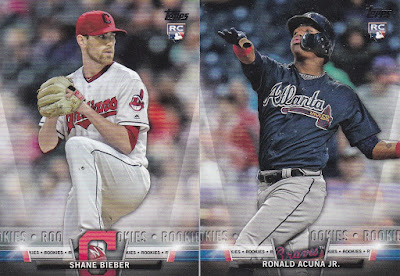 I have never heard of Bieber, but the Acuna was a nice find.  Both of these are also available. 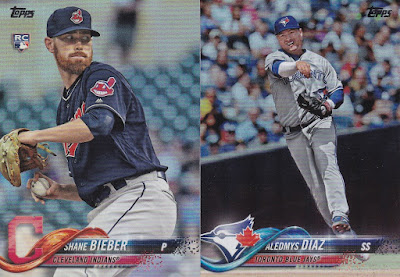 The box we picked the packs from was a Bieber hot box as I got 2 base cards to go along with the Salute and this foil card. 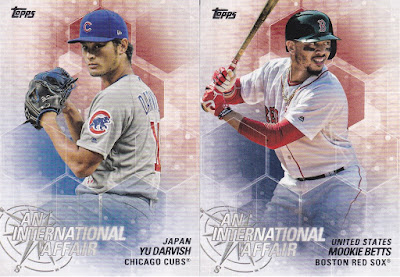 I like the looks of these.  Shame I pulled a Cub, but the Betts is nice.  Both are up for grabs. 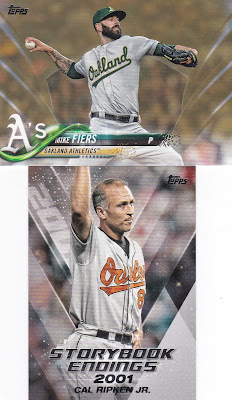 I already trade the gold card, but Cal is still available.

I chose the 6 picks in order to get 2 free packs of  Bowman Holiday.  We only pulled base cards, but did get some nice ones. 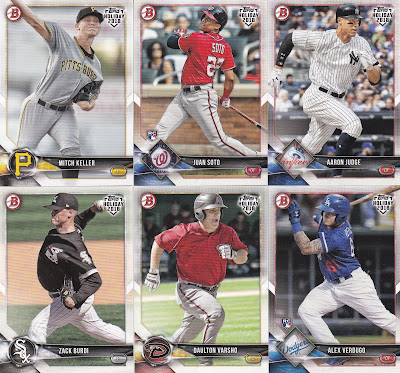 Judge and Soto were nice to see.  All of these are for trade.  I also have a large stack of base cards if anyone is working on the set.