Every team has a number of corporate sponsors that pump a lot of money into marketing their products at the team's stadium.  Two that come to mind for the Cardinals are Anheuser Busch and McDonalds.  Busch has long been associated with the Cardinals since Gussie Busch bought the team in 1953.  There is also a brewery within a few blocks south of the stadium.  McDonalds also has a long standing relationship with the Cardinals.  They have put out numerous promotional items in the St. Louis area including a baseball card legends set in 1992, a set of glasses in 1998, and four bobbleheads in 2002.

To go along with the McGwire craze of the late 1990s, McDonalds put out a card set in 1999.  Packs were given out at local restaurants with the purchase of a value meal.  Up until the weekend, the only card I had from the set was Ray Lankford.  Last week I worked out a trade for 10 packs from TCDB member Gapporin.  The set consists of 15 base cards, a checklist, and a 9 card McGwire insert set. 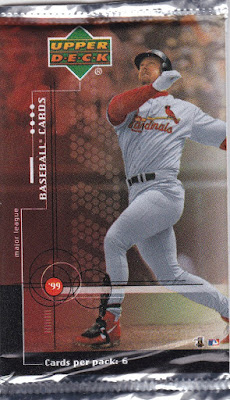 Of course McGwire would be on the wrapper.  There are 4 base cards and 2 McGwire inserts in every pack. 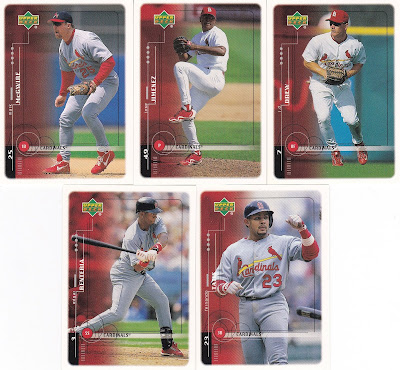 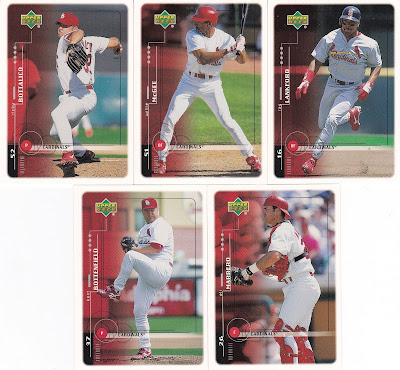 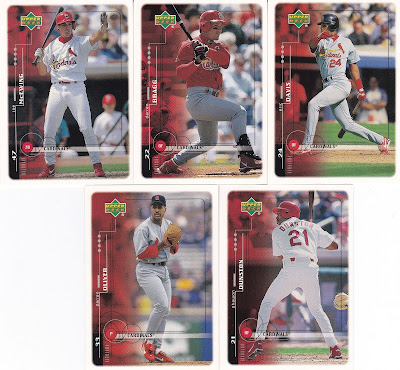 The design is the same as the 1999 Upper Deck MVP set.  I was able to pull a complete set with plenty of doubles.  There is a nice mix of the usually names like McGwire, Drew, and Lankford to go along with a few lesser know guys like Darren Bragg, Ricky Bottalico, and Darren Oliver. 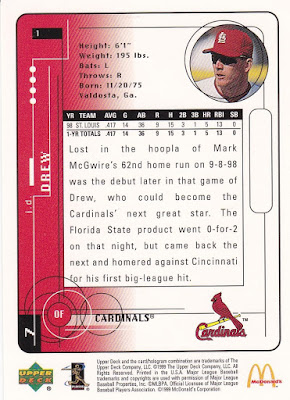 The back is also the same with the small addition of the McDonalds logo. 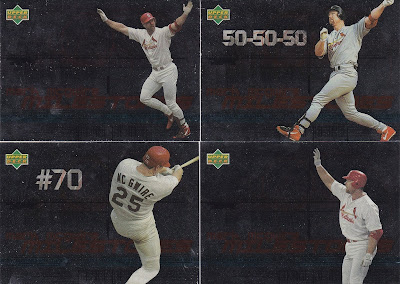 I was little disappointed to not complete the insert set.  I still need 2 of them to finish.  I also did not pull the checklist card.  I should be able to trade my doubles for the ones I need with another Cardinals collector on TCDB.