Second New Set in a Week

Just when I start to make progress on some team sets, I start some new ones.  A trade last week brought my first 1982 TCMA Greatest Hitters cards.  Another trade with TCDB member nozzlemaster gained me another card from the set and started a new one. 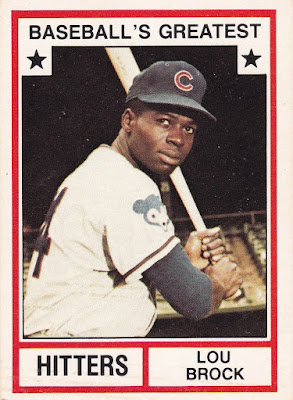 I hate to call this a Cardinals card.  At first I saw it and thought I was sent the wrong card. 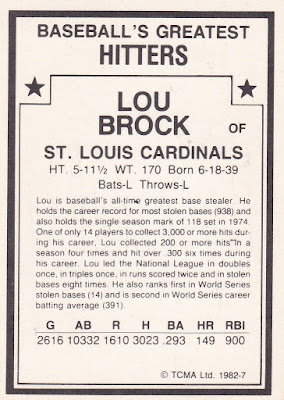 But flip it over and he is listed as a Cardinal.  Why not show him in the uniform he played the majority of his career in? 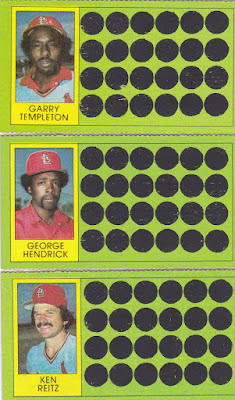 My newest set is 1981 Topps Scratchoffs.  These were issued in three card panels.  American League cards were red, National League green.  From what I have read, the scratch off part is some type of game.  If I ever find more, I may have to find out what type of game.
Posted by CardinalsFan16 at 12:00 PM