I have been rather lazy this past week when it comes to trading.  My time has been occupied with junior high basketball games and trying to complete a 1000 piece puzzle.  I was able to finish the puzzle last night, so maybe next week will bring a few more trades.  The one trade I did complete arrived yesterday from TCDB member 860502. 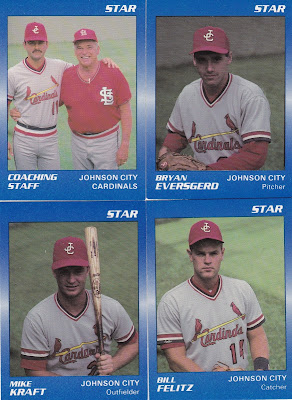 Not too many recognizable names in this group of 1989 Star cards.  Eversgerd had been a coach in the Cardinals system for quite a while before being promoted to the bullpen coach this year. 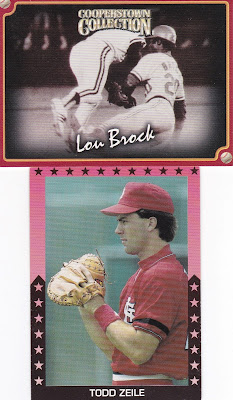 I am not for sure who manufactured the Zeile card.  The back just says Baseball's Hottest Hitters with his 1989 stats.  The Brock is a Starting Lineup card from 1998. 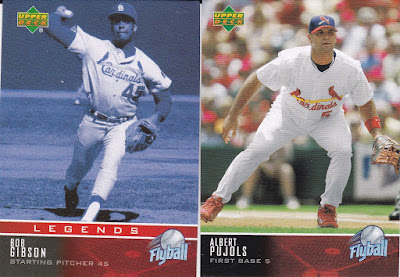 I have never heard of 2005 Upper Deck Flyball before I received these 2 cards.  The Pujols is nothing special, but the Gibson legend card has a great sepia style photo. 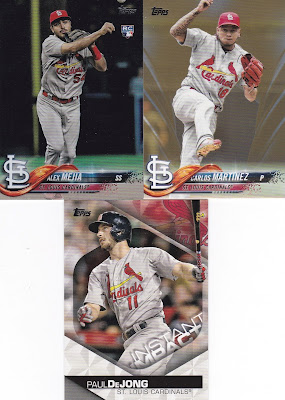 There are still a ton of 2018 Topps base inserts that I do not have, but these 3 put a small dent in my want list.  I like the foil parallel this year more than the gold cards.