Keeping with my theme from yesterday's post, I made a second trade on The Bench last week.  This one was with member Scobes who traded me a nice lot of Cardinals in exchange for some junk game used/autos. 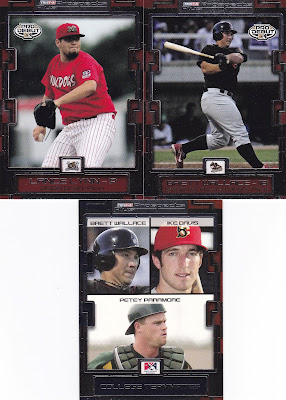 These 2008 Tristar Propects Plus cards are about as ugly as a card can get, but minor league Cardinals are too hard for me to pass up. 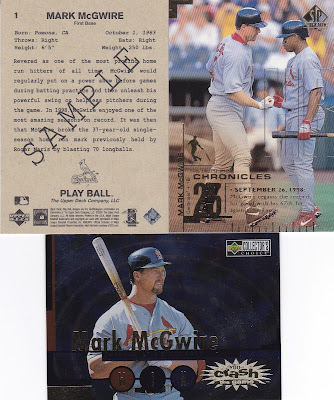 The McGwire promi is from 2003 UD Play Ball.  The front looks the same as the base card.  Lankford makes a nice cameo on the 99 SP Authentic HR Chronicles card.  I don't go out of my way to hunt for cameo cards of Lankford, but have a few floating around in my Cardinals collection. 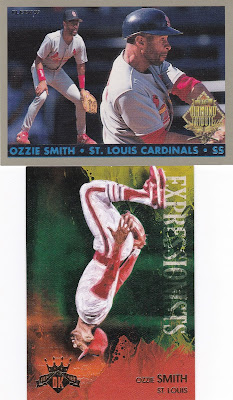 I was surprised I did not have the 1993 Fleer Final Edition Ozzie Diamond Tribute card.  I have seen lots of them and just assumed I had it.  Love the pic on the 2017 Diamond King Expressionists insert. 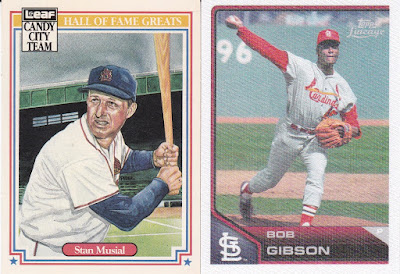 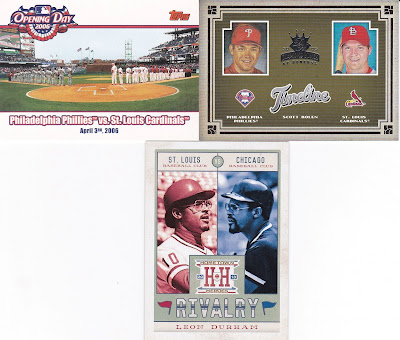 The 06 Opening Day Team vs. Team has a neat photo.  The other two inserts are rather bland, but Cardinals none the less even if they picture a player with 2 teams. 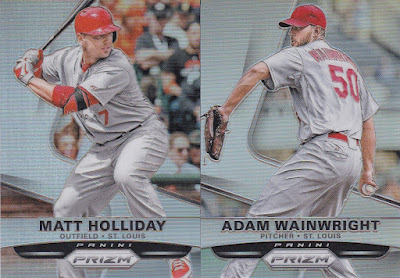 Panini was not very creative naming this 2015 Prizm insert Prizms.  Add an S and you get a new card.  The refractor style finish does look great in hand.   The colored versions are even better. 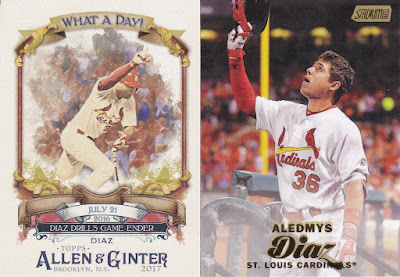 Diaz was traded to the Astros last month after spending 1 year as a Blue Jay.  Maybe the short left field porch in Houston will help is batting average. 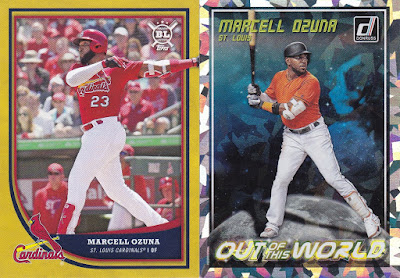 It would be great to see Ozuna put up his Miami numbers in the cleanup spot next year.  I will assume Goldschmidt will hit third with Ozuna behind him.  If both stay healthy, Ozuna should have a monster year going into free agency.
Posted by CardinalsFan16 at 10:52 AM