The trade envelopes keep coming in the last few days.  One arrived on Monday from TCDB member Lugnut80 that put a huge dent in a team set.  Unlike my recent posts, this one is not from 2018 but goes all the way back to 1992. 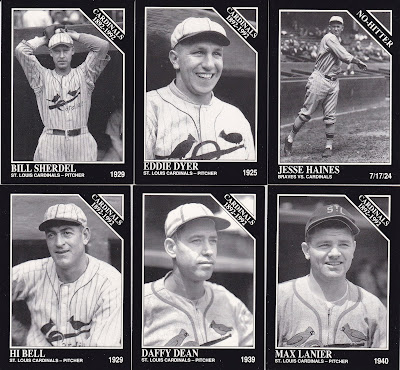 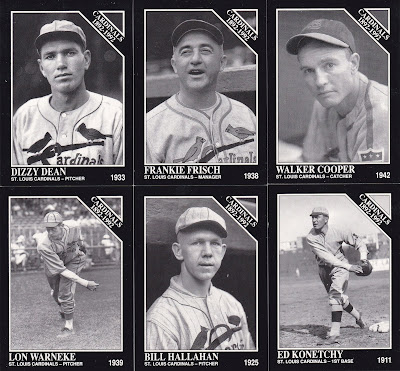 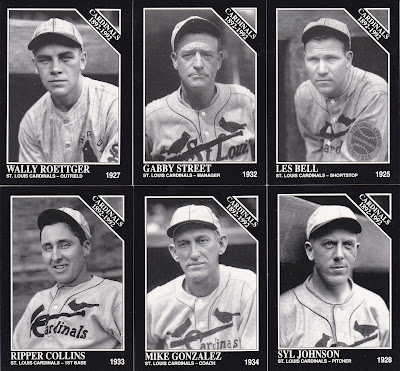 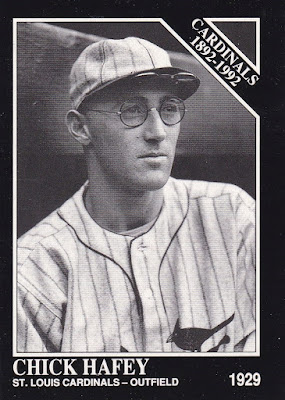 The 1992 Conlon Collection offers 49 different Cardinals in it, although some players have more than 1 card.  It almost makes some Topps Total team sets look small.  The 19 cards I received in this trade brought my wantlist down to 7.  It is great seeing some of the lesser know Hall of Famers like Jesse Haines, Frankie Frisch, and Chick Hafey in the set.  I also love seeing the obscure players I had no idea they played for the Cardinals until I read the back of the card.  Guys like Bill Sherdel, Hi Bell, and Les Bell. 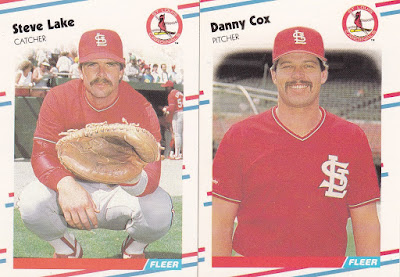 I did receive 3 other cards in the trade. The 2 1988 Fleer Glossy cards above and the 2000 MLB Showdown card below. 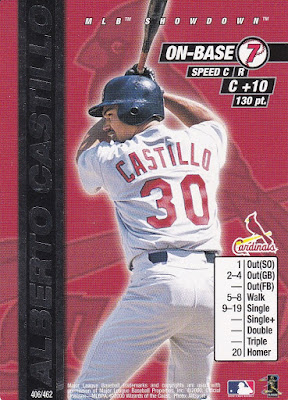