I always make it a point to attend the December card show at Orlando Gardens in St. Louis.  Even though it is a 2.5 hour drive, it is well worth the trip.  The last 2 years I have found some great deals.  This year's show was Sunday with over 100 dealer tables.  My son and I spent 2 hours there while the wife and daughter did some Christmas shopping.  I will split my recap into 2 posts.  Today I will highlight the first half hour of the show.  I usually try to walk the entire floor before buying anything, but one of the first dealers I ran into had old minor league sets for $2 each. 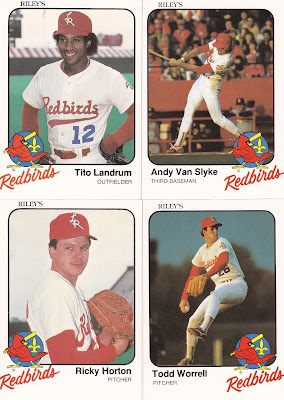 By old I mean over 30 years old.  This Louisville Redbirds set is from 1983.  The 30 card set featured a nice mix of players and coaches.  Some of the bigger names who later became Cardinals are pictured.  I have never seen Horton with a mustache.  Not his best look. 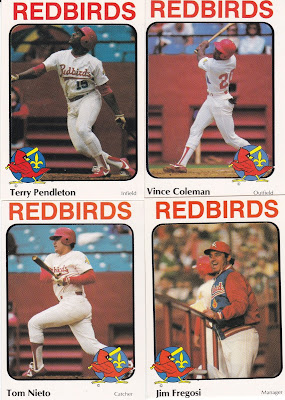 The 1984 Redbirds set was much like the 1983 one.  30 card set with white borders.  A few bigger names in this set like Coleman and Pendleton.  Nieto is pictured because he shares my birthday.  I remember reading the back of his 1985 Topps card and thought it was so cool a Cardinals player had the same birthday as I did. 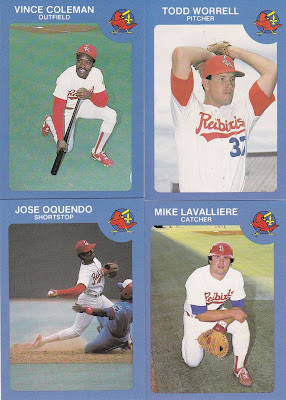 The 1985 set saw a change to blue borders.  Worrell returned to the set after not being in the 1984 one.  1985 was the Secret Weapon's first season in the Cardinals system after coming over in a trade with the Mets.

I have quite a few Peoria Chiefs set, but none during their first stint as a Cardinals team.  This set is from 2004, the last year as a Cardinals farm team.  The Chiefs were a Cubs team from 2005-2012 before returning from the dark side and joining the Cardinals in 2013.  Not a lot of big names on the team.  McClellan and Ryan both had a handful of decent years in St. Louis.  Warner will be the Cardinals third base coach in 2019.

There were about 10 other minor league sets from the 1990s that I left behind.  Maybe the same vendor will be back at a future show.  After browsing a few more tables, I ran into a vendor I have bought from before at shows in Evansville and St. Louis.  I always hit up his quarter boxes that are full of players no longer with the Cardinals.  I did not find any I needed this time, but picked 6 cards out for trade bait. 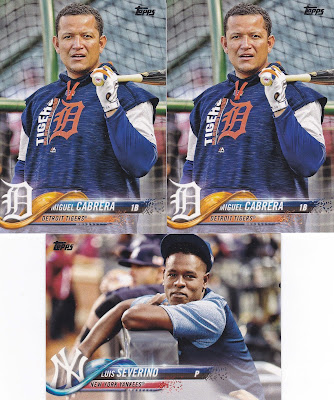 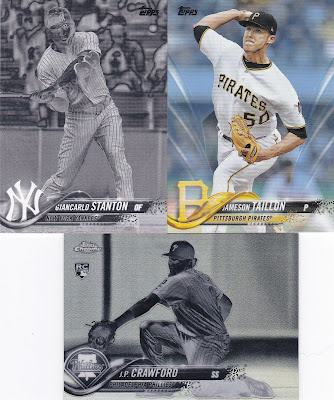