It is so nice to get home from work and find a bubble mailer waiting for me.  Last night was the third night in a row that I received a trade package.  It was a mix of trade bait and Cardinals from TCDB member La Loosh. 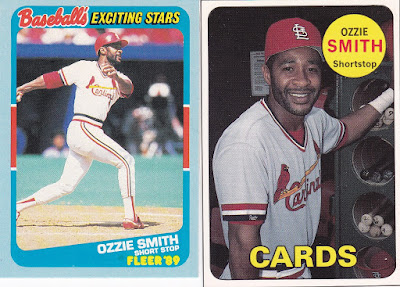 Both of these Ozzie Smith cards completed team sets.  The Fleer Exciting Stars set featured 2 Cardinals, Ozzie and Vince Coleman.  The other card is a 1990 Baseball Card Magazine insert.  The two other Cardinals cards in that set are Pedro Guerrero and a dual card featuring Todd Zeile and Alex Cole.  I love getting these late 1980s oddball cards. 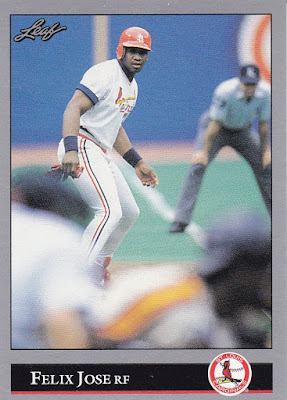 Although this looks like a 1992 Leaf base card, it is actually a Leaf Preview card that was inserted in 1992 Donruss packs to show collectors what the set would look like.  I am not for sure if that marketing technique led to a bunch of 1992 Leaf boxes being opened, but there sure are plenty of base cards to be found from that set. 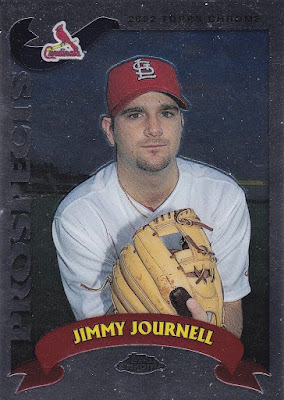 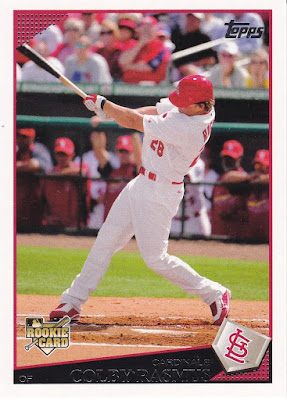 Just like the Jose Leaf Preview card, this is not an ordinary 2009 Topps Colby Rasmus.  This is the rookie insert that was included in factory sets that were bought through the JC Penny catalog.
Posted by CardinalsFan16 at 11:49 AM