I made a small trade with TCDB member ntlwhlr that brought some nice 2017 Cardinals my way. 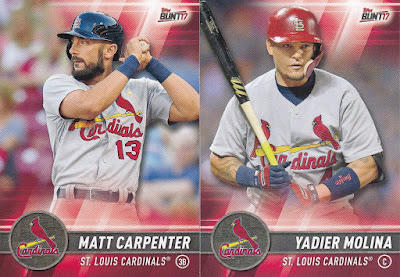 I think Topps Series 1 and 2 might be the only team sets I have completed this year.  I still lack 3 cards from the Bunt set. 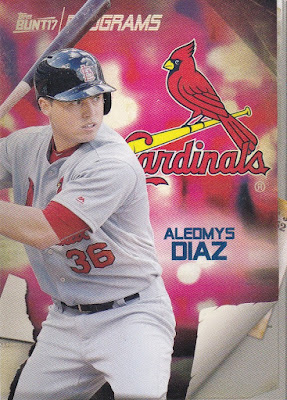 I like the Programs insert.  The large logo in the background really pops. 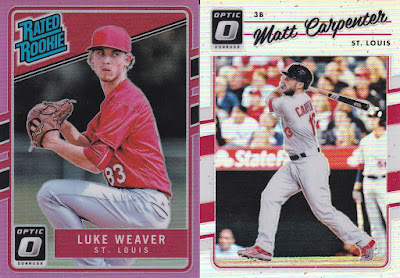 2017 Optic inserts are sharp.  The pink border clashes some with the Cardinals red uniform, but I like it.  The holo insert is more silver/gray bordered than what the scan shows. 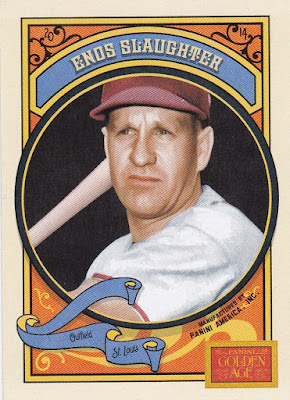 The only non 2017 card in the package was this 2014 Panini Golden Age base card of Enos Slaughter.  I like the sets featuring retired players, but it seems like not too many collectors opened this product.
Posted by CardinalsFan16 at 11:25 AM