My card world has been fairly slow the last week or so.  Aside from filing away a stack of cards on my desk, I have not messed with them much.  It was nice to take a small step away for a few days to recharge the collecting batteries.  I did have one trade come in from TCDB member brianscards that brought a nice lot of Cardinals. 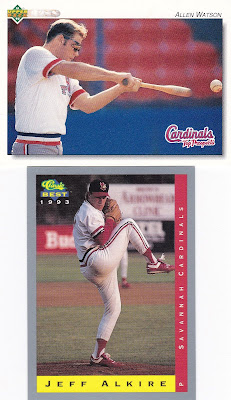 I always thought 1995 was the first year Upper Deck produced a minor league set, but this 1992 card proves me wrong.  Nice picture of a pitcher taking bp or maybe playing pepper.  The 1993 Classic Best card is not the most eye popping card I have seen.  Gray border with yellow and red along the sides does not look that great in my opinion. 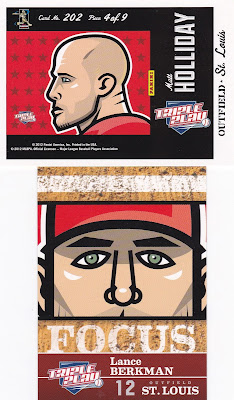 I need one more Matt Holliday card to complete the 9 card puzzle from 2012 Triple Play.  Lance Berkman will be keeping a watchful eye out for card number 204 to complete it. 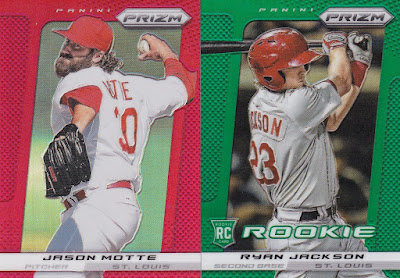 In a few short weeks we will be seeing plenty of red and green in the stores.  It seems as soon as Halloween is over, here comes the Christmas decorations.  2013 Prizm also had blue and gold bordered cards. 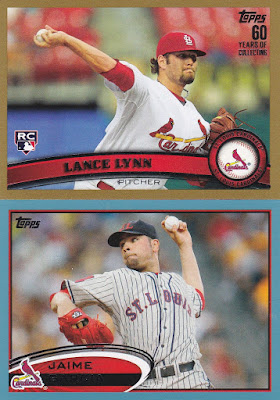 Speaking of blue and gold, I can never have enough Topps parallel cards.  The Lynn is from 2011 Topps Update, the Garcia from 2012 Topps.  I should be getting very close to completing the blue set. 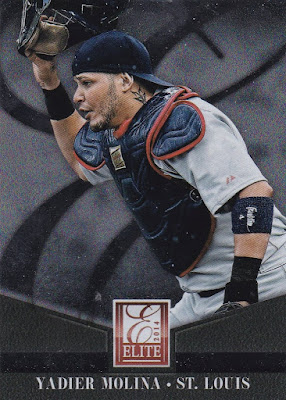 Every trade package needs to include a Yadi card.  This one is a 2014 Donruss Elite insert.  Molina almost looks out of place without his red chest protector and helmet. 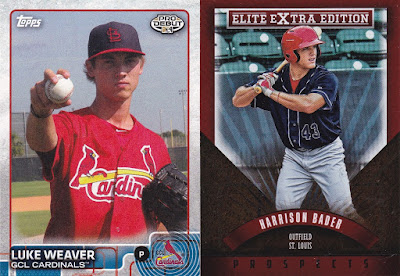 I love the minor league sets, even the non licensed ones.  The Weaver completed my 2015 Topps Pro Debut set.  The Bader is only my second 2015 Elite card.  Lots of work left to go on that one. 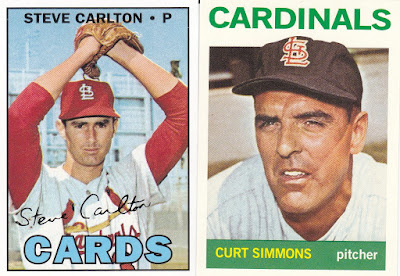 These are my first base cards from 2016 Topps Archives 65th Anniversary set.  I do have the autographed Simmons card.  I have no clue if there are more Cardinals in the set. 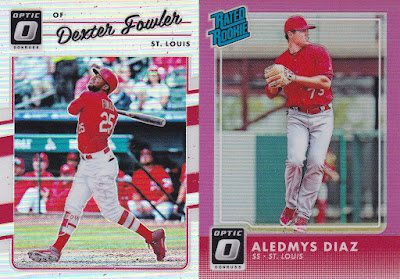 Rounding out the package are a couple of Donruss Optic parallels.  The Holo Fowler is from 2017, while the Pink Diaz is from 2016.  The Pink cards are pretty sharp in person.