The Trades are Rolling In

I have noticed this year that my trading goes in cycles.  One month I will do more than 10 trades, the next maybe 2 or 3.  A lot of that has to do with the time of year as far as my children's activities.  Ball games or practices eat up a lot of my spare time.  Right now the only thing going is my daughter's basketball season, which I am not involved in other than watching.  As a result, my trading has gone up these last few weeks.  I have 6 trades going on now on TCDB.  Another package arrived over the weekend from member tsch67. 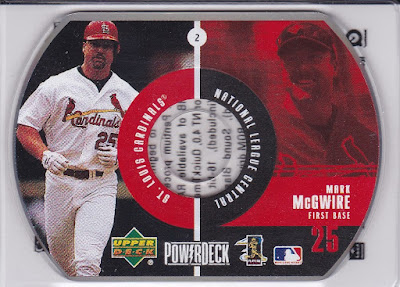 I had to pop this 1999 Upper Deck Powerdeck cd into my laptop to see if it worked.  It loaded up just fine and showed a few McGwire  highlights from 1998. 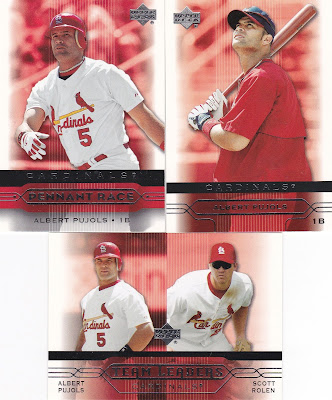 I had no idea that 2005 Upper Deck Retro parallels existed until a couple of weeks ago.  The cards have a white border on two sides instead of the full bleed photo.  I discovered I had two of them in my team set, so now I have to track down 2 base cards. 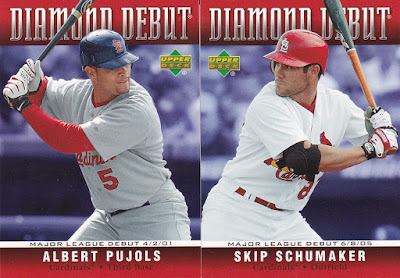 I think these 2006 Diamond Debut cards would look better as a dual card.  I like the contrast of a lefty versus righty, and the home versus road uniform. 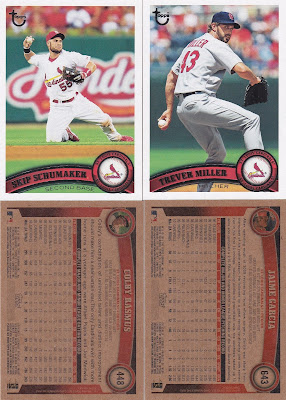 These 2011 Topps Target Throwback cards can be hard to spot from the front.  Thankfully the back are not glossy like the regular base cards. 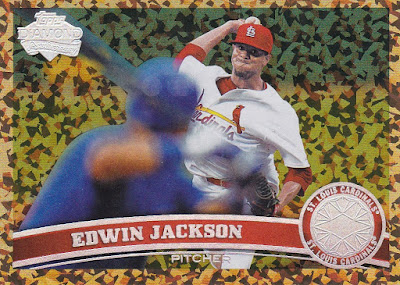 Topps made the 2011 Cognac parallels must easier to spot.  They almost have a Bowman Cracked Ice look to them, just not as shiny. 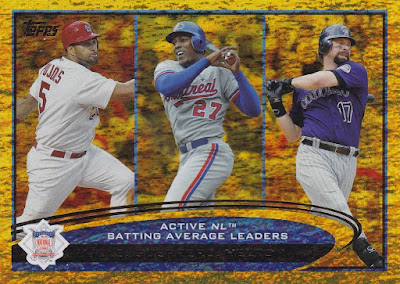 2012 Gold Sparkle cards are some of my favorite non Bowman parallels.  I wish Topps would use this design for the yearly gold cards. 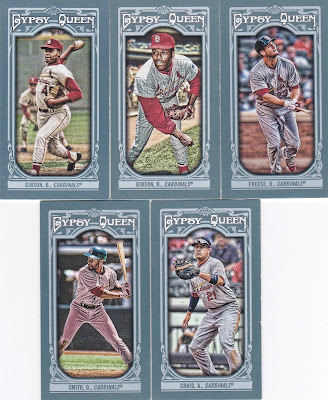 Although I am not fond of mini cards, I am getting close to completing the 2013 GQ team set including the different photo variations.

While small in stature like a mini, I like these 2013 Panini Hometown Heroes Sportdiscs.  Anything that looks or reminds me of Sportflix are good in my book.  Not sure why my scanner cropped the discs, but they are indeed round. 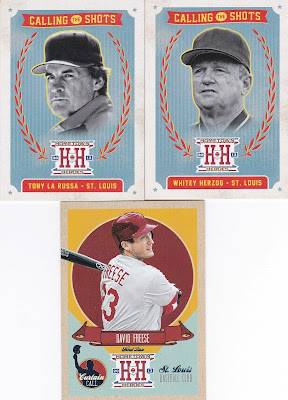 These 3 inserts are also from 2013 Hometown Heroes.  It is nice to see managers getting a little of cardboard love from time to time.  Herzog is still my favorite.