Face of the Franchise

My latest trade envelope from TCDB member stevienicks77 featured a run of Cardinals players who could be considered the face of the franchise during their tenures in St. Louis. 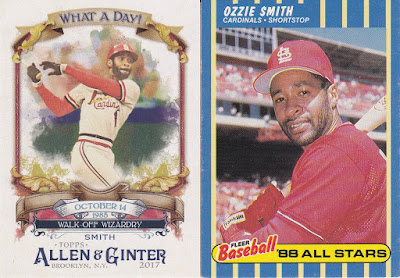 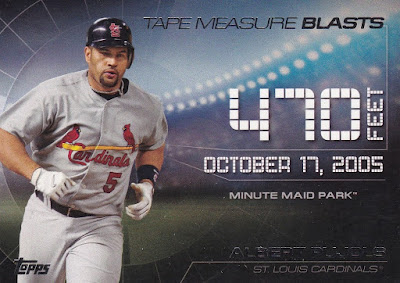 The late 1990s belonged to Mark McGwire, but this was a rare trade package where I did not receive any of his cards.  Fast forward to McGwire's last season in 2001 when Albert Pujols won Rookie of the Year.  Everyone knows how great Albert was during his time in St. Louis.  Like a lot of Cardinals fans I was happy to see him falter some when he left after the 2011 season, but it would be nice to see him come back in some form whether it is with some other team or as a coach.  He deserves a proper thanks for all he did for Cardinals baseball. 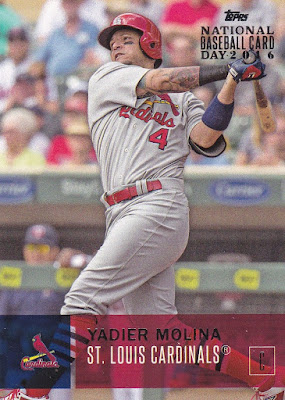 After Pujols left, Molina became the most popular Cardinal.  Yadi debuted in 2004 as Mike Matheny's backup, but took over full time duties in 2005.  He signed through the end of the 2020 season.  My guess is he will retire a Cardinal with a slight chance of making the Hall of Fame. 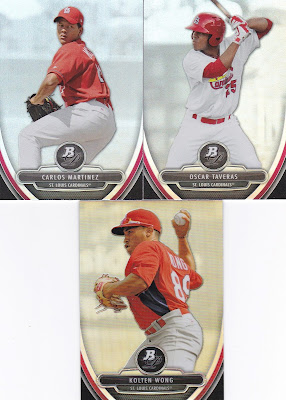 Who know what player is going to replace Molina as the franchise icon.  Taveras was viewed as that man until his death after the 2014 season.  His good friend Carlos Martinez could be the man, but he is far too inconsistent right now to be the man.  Kolten Wong has battled through injuries and trips to the minors the last couple of years.  He may not ever be a perennial  All Star, but he could still be a solid second baseman a la Tommy Herr.

These last 3 guys all showed promise at one time, but all could be playing somewhere else next year.  Lynn had a nice year coming back from TJ surgery, but I doubt the Cardinals will pay his price in free agency.  Piscotty signed a 5 year contract extension after a strong 2016 season, but had a terrible 2017 season.  I hope he bounces back next year to his 2016 form.  I would almost bet the farm Grichuk will be playing elsewhere next year.  He has a ton of power when he makes contact, but that does not happen very often.  He is still young and plays good defense, so there should be a trade market for him.