My latest trade package came from TCDB member shaggy69.  It was a small one with only 6 cards, but knocked out 3 team sets for me. 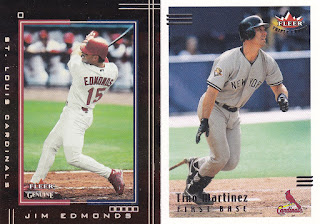 I hate when card companies show a player in a different uniform than the team listed on the card.  I suppose that is less work than trying to airbrush the proper uniform on.  The only positive with the Martinez card is that it finished my 2002 Triple Crown team set.  The Edmonds knocked the 2002 Fleer Genuine set down to 2 numbered rookie cards needed for completion. 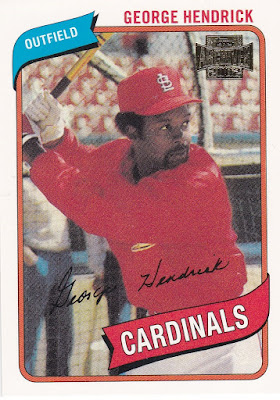 Silent George Hendrick brought me down to 7 more Cardinals needed from 2002 Archives.  There were 14 Cardinals included in that set.  I would love for Topps to have made an autographed version of this card.  Hendrick was a big part of Cardinals teams in the early 1980s. 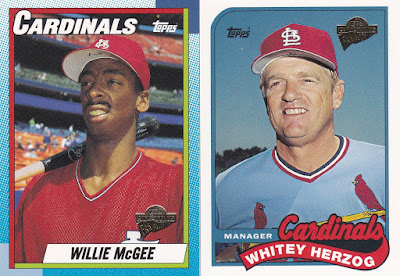 Topps moved away from Archives in 2003 and put out All Time Fan Favorites.  Same concept, different name.  These 2 completed the 8 card Cardinals set.  I also have the autographed version of the Herzog card.  Funny I had it years before the base card. 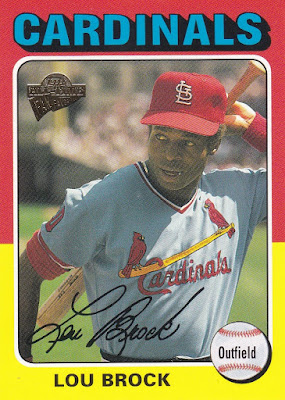 Sweet Lou finished my 8 card team set from 2004 Fan Favorites.  Nothing better than a vintage Cardinals photo with the baby blue uniforms.
Posted by CardinalsFan16 at 12:25 PM