It is Opening Day Part 2

I know Opening Day was last Thursday, but today is the Cardinals home opener.  After sweeping 3 games in Miami,  things will be a lot tougher with the Brewers being in town.  It will be strange seeing Kolten Wong leading off the game for the visitors.  I hope he gets a nice ovation for his 8 years of service in St. Louis.  He always played his heart out.

Enough rambling about baseball.  Let's get to the pictures of the players on cardboard.  Today's recap is courtesy of TCDB member George Hayes.  His pwe arrives over the weekend. 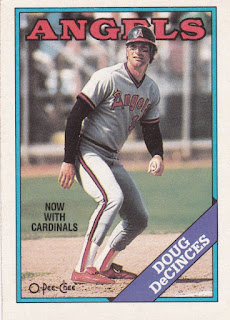 This is a stretch to be considered a Cardinals card.  It clearly says Angels on the front and the guy only played 4 games for St. Louis.  However most checklist says it is a Cardinals, so that is what I am going with. 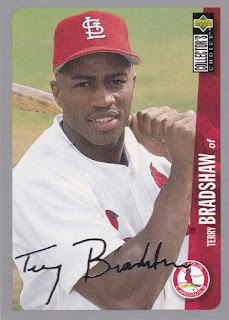 This Terry Bradshaw was never quite as good his football counterpart.  His career last 34 games over 2 years with a .262 batting average.  Not great numbers, but at least he made the majors. 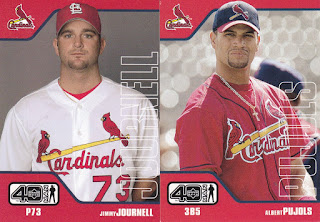 Now we get to someone who had a nice Cardinals career.  No not Jimmy Journell.  Pujols has started the year off 2 for 16 with one of those hits being a home run.  It certainly looks like this will be his last year.  These 2 bring my 2002 UD 40-Man set needs down to 7.  Sounds like a lot, but it is not bad considering there are 44 Cardinals to hunt down. 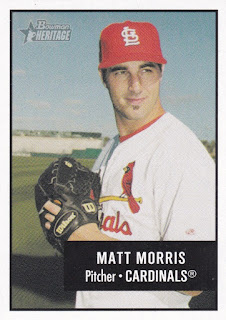 The last card is a 2003 Bowman Heritage of fan favorite Matt Morris.  The Cardinals always seem to have a bulldog type pitcher in the starting 5 along the lines of Darryl Kile and Chris Carpenter.  Morris fit that mold also.  It was a shame he lost almost 2 years to injuries.