This week I have received quite a few baseball related emails.  This is not a surprise as I surf quite a few of  Cardinals sites that I am sure track my activity.  A couple of them stood out more than others though.  Both the Peoria Chiefs and Indianapolis Indians have sent messages about tickets sales coming up soon.  With the minor league season starting on May 4, a lot of teams will be selling tickets next week for the first time in over a year.  Even though we cannot have the player interaction that I love about minor league games, my family will still be attending numerous games this summer.  Not sure when, but hopefully by the end of June.

In the meantime, I got a little minor league fix from a trade package that arrived from TCDB member madams30. 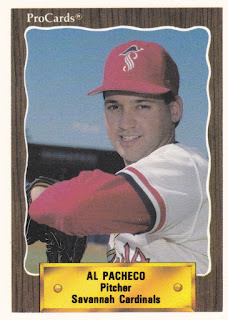 The massive 880 card 1990 ProCards set contains 33 different Cardinals.  I have 7 more to track down before it is complete.  All but 3 of the cards are from the Cardinals then Triple A team Louisville Redbirds.  The last 3 including this Pacheco card are from the former Class A team in Savannah. 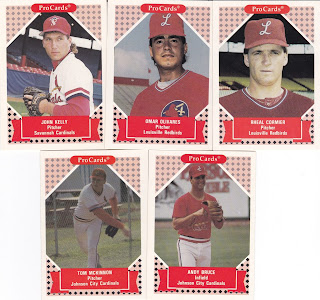 This 1991-1992 Procards set is a lot smaller with only 17 Cardinals.  This one is far from done though as these are my first cards from the set. 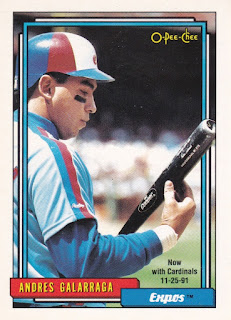 Not all the cards were minor league related.  This 1992 OPC card brings my needs down to 1.  Some of these OPC sets have been tough to complete. 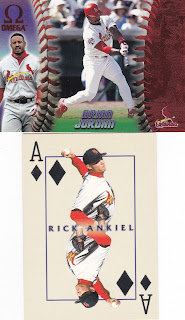 Many collectors miss the Pacific due to the wonderful designs.  These 2 cards are perfect examples. The 1998 Omega Brian Jordan is a red parallel, while the Ankiel is a 2000 Invincible Diamond Aces insert. 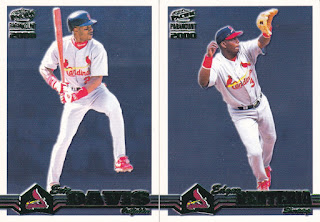 Finishing things off with a couple 2000 Paramount green parallels.  I do not recall to many green parallels from Pacific or Topps.  There are some green Chrome refractors from various years, but not much else.  Maybe Panini will produce one for 2022 Donruss to go along with the other 20 some parallels.