I have slowed down quite a bit with buying into box breaks.  There is either nothing that really excites me right now, or the brands I do like are going for more than I want to pay.  As a result, I have not had too many new 2021 Cardinals base cards arrive.  Good thing there are plenty of traders on TCDB with these cards available.  A recent trade with member jlcre2003 brought my first 2021 Topps Update Cardinals. 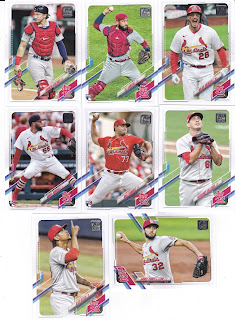 There are 14 Cardinals in the set if you do not count the short prints.  Half of them are pitchers, which can be expected considering the larger amount of injuries the Cardinals staff suffered this year.  Ali Sanchez managed to get a card even though he played in just 2 games. 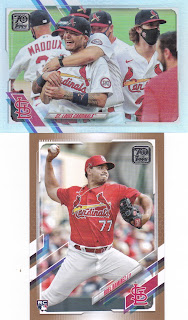 I received my first Update gold parallel along with a rainbow foil from Series 1.  Ramirez played in even fewer games than Sanchez.  In 1/3 of an inning, he gave up 3 runs. 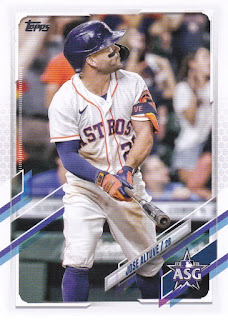 My son added to his Altuve collection with this All Star Game insert.  At first look I thought this was a base card.  In previous years they were, but for some reason Topps changed things this year. 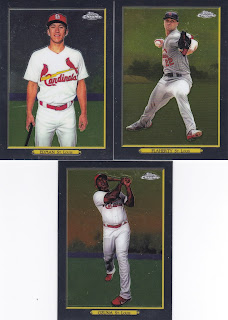 The non Update portion of the trade were these 2 2020 Turkey Red Chrome cards.  Unlike other Chrome variations, these were included in packs instead of a separate release.