Yes I am Still Trading

You could most likely tell from my lack of posts that I have not been trading much lately.  I have been checking my favorite trading sites daily, but have not initiated any deals.  It is not for lack of time.  I think I just needed a little time to relax.  November should be a busier month with the colder weather and time change reducing the amount of day light available to get things done outdoors.  My first package of the month arrived Monday from TCDB member Orry04. 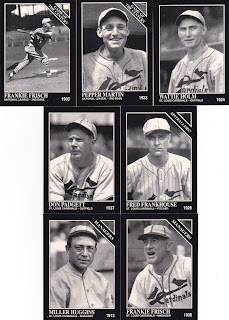 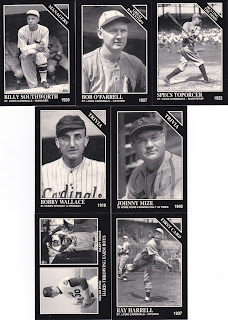 The bulk of this trade was from the 1993 Conlon set.  These in fact completed my team set.  For some reason I had overlooked this set.  I completed the 1991 and 1992 team sets long ago, but for some reason did not have a want list for 1993.  I love the Conlon sets because of the inclusion of HOF guys like Frisch and Mize and also the lesser know players Wallace and Toporcer.  Another major plus is the great write ups about the player on the card back. 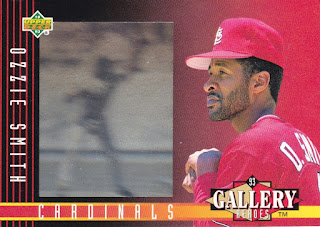 Hologram cards are always fun to add to the collection.  Sometimes they scan well, other times it is a blur.  This 1993 Ozzie came out in between.  This is another card I have seen hundreds of times, but did not have in my collection. 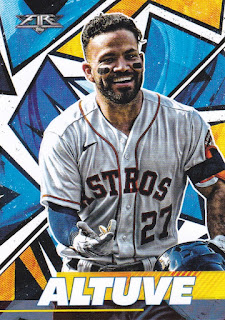 My son came away with a 2021 Topps Fire Altuve for his player collection.  It will be interesting to see if Jose will have a new double play partner next season with Correa being a free agent.  I hope there is a next season.  It does not sound like talks for a new CBA are going well.  With the current deal set to expire December 1, it could be a long wait before anything gets worked out.