These Are a Few of My Favorite Things

Sometimes you work out a trade that hits almost all of your collecting interests.  Mine is not tough to hit as I will take anything Cardinal related that I do not already have, but I do have my favorite types of cards.  A recent trade with TCDB member T206 hit quite a few of them. 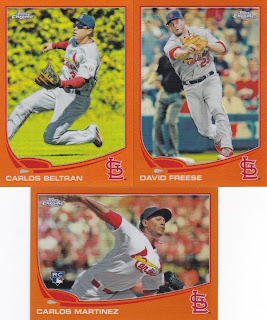 Keeping with a theme of my recent trades, I added some colored parallels to the collection with these 2013 Chrome Orange Refractors.  Who knew orange would look so good on a card? 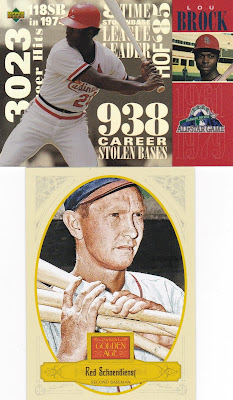 I am also a fan of the retired greats.   Even unlicensed ones like the Schoendienst from 2012 Panini Golden Age.  The Brock is part of a 5 card set from the 1998 All Star Fan Fest.  This is my first from the set.  I am only going after 3 more because #1 in the set is a reprint of his rookie card in a Cubs uniform. 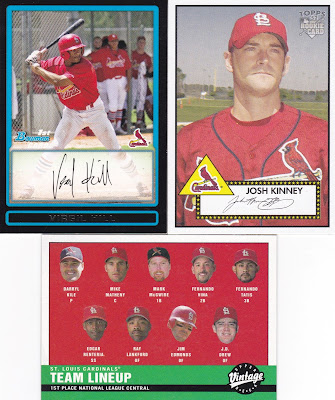 I love being able to file away a complete team set.  The Hill completed 2009 Bowman Draft, while the Kinney was the last card I needed from 2006 Topps '52.  Funny I had the autographed version before the base card.  The 2001 UD Vintage card knocked my set needs to 1.  I am not a fan of the floating heads.  Too much unused space on the card. 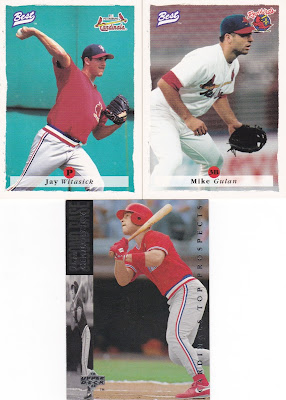 I welcome any Cardinals minor league card.  Although none of these guys had a great big league career, their cards are still pretty cool. 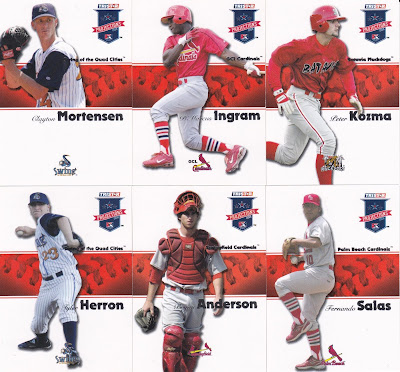 These 2008 Tristar Projections cards were not part of the deal.  The other trader surprised me with their inclusion.  A few more household names in this batch compared to the first 3.  After winning the World Series last year, maybe Nationals fans can forget about Kozma and the 2012 NLDS. 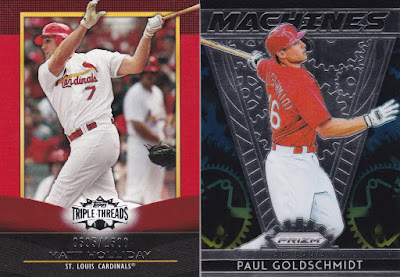 Not sure how to tie this 2 cards together in my post.  Great players with great cards I guess. 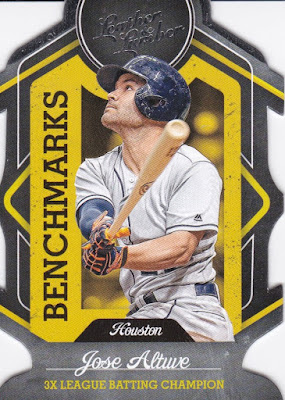 My son scored a sweet Altuve die cut from 2019 Leather & Lumber.  His quest for 300 has slowed down a bit, but I should be able to add a few 2020 cards that will get him there before too long.