Finished Quite a Few

Fewer things make me happier in the team collecting world than being able to mark a set off my wantlist.  I am one of those old fashioned types that still keeps spreadsheets of my collection despite having it all entered online at TCDB.  Even though I was never a Zistle member, I recall the horror stories of many collectors when Beckett took over the site.  A lot of time and hard work was wasted.  I hope to never experience that.

A recent trade with TCDB member Godzilla8you helped me mark off 6 sets from my list.  That was awesome considering I receive 12 card. 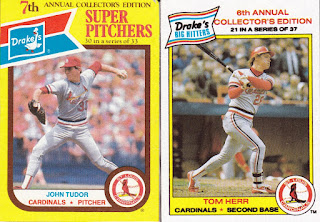 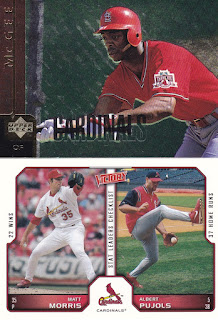 The 1998 Upper Deck Special FX set is also done.  I am close on the 2002 UD Victory set.  Just need the base Pujols and 2 short print rookies.  I wonder if Albert would be able to strike that pose today 19 years later. 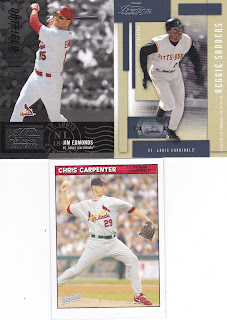 2005 Playoff Prestige and 2006 Bazooka are now done, but I still need 1 more 2005 Leaf Century card.  The Sanders Prestige is one of those cards that I am pretty sure I overlooked before since he is in a Pirates uniform, but says Cardinals.  I am glad that type of thing does not happen very often. 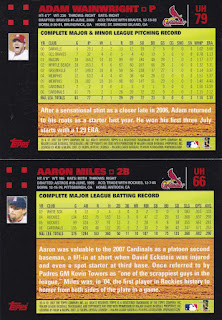 2007 Topps Red Backs set is now complete.  I really should learn how to post a scan that shows the front and back of a card side by side. 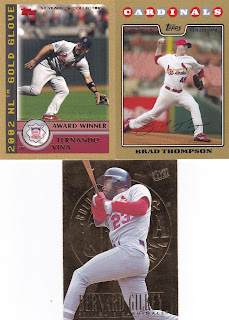 None of these gold parallel set are close to being finished.  I sound like a broken record, but one of these days I will complete a Topps Gold set.