My son and I made the 2.25 hour drive to St. Louis on Sunday to attend another card show.  We had great luck finding bargains at our last show in November .  I try to make the December show at the Orlando Gardens hall every year.  In the past there has been over 100 tables and lots of holiday specials to be found.  This year was not quite as good.  Still lots of dealers, but not quite the bargains I found in the past or at the November show.  I would still give the show a solid B.  We spent most of our time at 1 dealer's tables going through 3 monster boxes.  In the end we bought from him and 1 other guy. 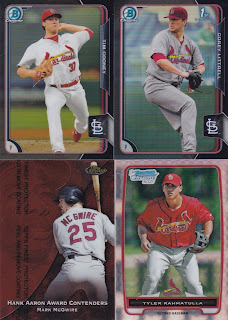 All the monster box cards were 5 for $1.  We pulled 50 cards in about an hour.  For the most part they were separated by sport and somewhat by set.  I wish my phone had better signal in the building so I could have checked my lists.  I thought for sure I needed the McGwire Finest insert, but I already had it.  I did need the other 3 refractors. 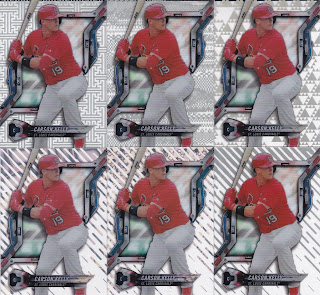 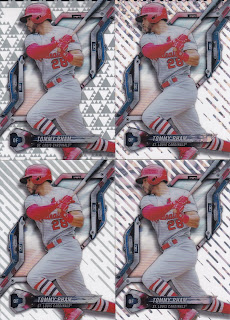 There was a large stack of 2018 High Tek cards.  It was a little confusing trying not to pull 2 of the same pattern, but I did well.  Some of these are diffractors.  It will take some time to figure out what patterns and which diffractors I ended up with. 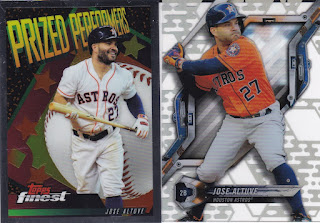 There were not very many Altuve cards to be found.  My son did find these 2, but after getting home discovered he had this Tek card.  To the trade list it will go.
Everything else we pulled will go to my trade list.  I told my son to look for anything shiny, colored, or numbered.  He is catching on quick as he pulled a ton of refractors. 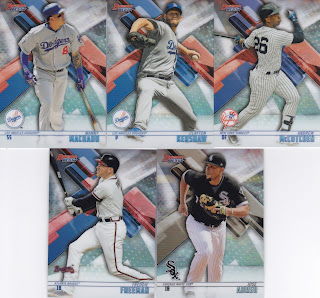 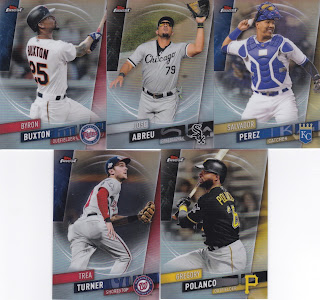 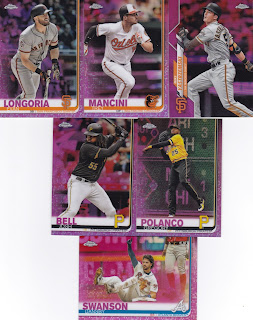 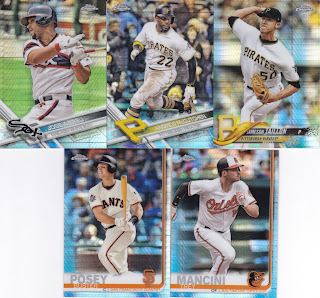 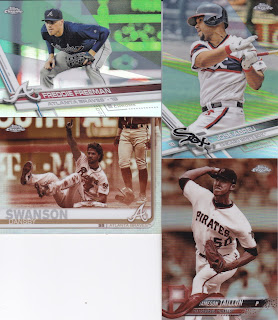 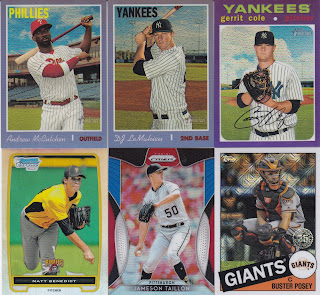 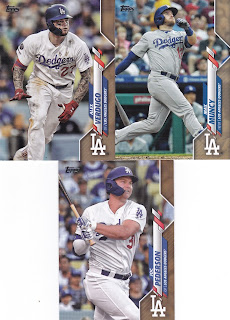 2020 Topps gold.  The dealer did not have many golds in the box, but most of them were Dodgers for some reason.  He had 3 or 4 copies of some of them.
After leaving the monster boxes, we went to a dealer with stadium give away bobbleheads.  I ended up buying 2 for $35. 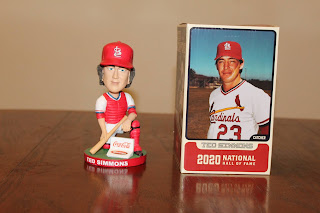 I do not go after every bobblehead, just the ones I think look cool.  I like how this Ted Simmons shows him in catcher's gear, but also with a bat. 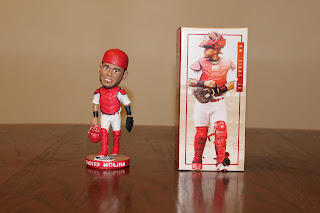 I already have 3 other Molina bobbleheads, but I could not pass this one up for $15 when they usually sell for $30 or more.
After leaving the bobbleheads, we circled back to the monster box dealer.  He also had a box with Cardinals autographs and game used marked 2 for $5.  Most were of former players, but I did find a couple of nice ones of a current player. 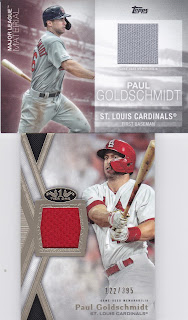 I love getting red patch cards.  This 2020 Topps Tier one card is very thick.  The Update jersey card is not much thicker than a base card.  These are my third and fourth Goldy relic cards.  That wrapped up our 1.5 hours at the show.  Not a bad way to spend $50.